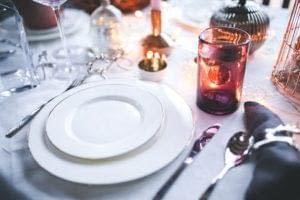 Who doesn’t love the random questions game? That thing you do with your bored friend, family member, or potential love interest, typically on a scale of “What’s your favorite color?” to “What’s your deepest, darkest secret?” And somewhere in the middle lands, “If you only had one meal left, what would you eat?”

When this comes up for me, I imagine people think I’ll proclaim something to the effect of “Steak and wine!” Because that’s what I #love, right? Well… sort of. When this question comes up, my actual immediate thoughts are:

Pillsbury Funfetti Cake with Funfetti Icing, Chili’s Cajun Chicken Pasta, that giant cinnamon role you can only get from the Mainstream bakery in Disneyland, some Pillsbury Slice & Bake Cookie Dough (emphasis on dough), and cheese. Lots and lots of cheese. A cheese platter representing every cheese on the face of this earth, from blue to manchego, with the exception of goat cheese.

Assuming I don’t rinse, wash, and repeat, it looks something like this (I went light on the cheese and Funfetti Cake):

I can proclaim these 5,757 sugar and fat-laden calories with pride, and without a smidge of guilt. If it’s my last meal and I’m going to presumably die (?) the next day, then the gastrointestinal, psychological, inflammatory, and self-loathing side effects don’t really matter much, now do they? Although I suppose I might look a bit bloated in the coffin. (Has anyone else ever contemplated who would do their makeup for their funeral, or is that just me?)

I bring this up because when I describe my last meal, I feel like the response may be “I knew it. She’s CRAVING AND DEPRIVED.” But I beg to differ. Fantasizing about confectionary goodies does not signify any dietary deprivation. I fathom most people’s “last meal,” regardless of their baseline dietary level, is likely just as gluttonous. True, you could make the argument that contemplating one’s mortality leads to uncertainty and stress, rendering food a coping mechanism. (For example, a 2009 study found that weight gain increased markedly in the weeks following 9/11). However, I just chalk up such fantasies to the fact that today’s sugary, processed, craving-instigating, hyperpalatable concoctions are insanely addictive, and it’s no wonder we have an obesity epidemic.

It’s like saying, “Cocaine feels GREAT.” Now I’ve never done cocaine, but I’m assuming that’s the case. No shame. I could also walk by some people doing cocaine, and feel no need to indulge. (Which I’ve never witnessed, although my naive 18-year-old self did round the corner of a Hollywood Hills Halloween party, to see people presumably shooting up heroin. #scarredforlife). The point here is, it’s only when you start doing something addictive, that it becomes hard to stop. Otherwise, you can remember or imagine how good it feels, and be ok. Since I’ve quit processed food junk, I can ignore it completely. I can even reminisce, smell, and “appreciate” it, but as long as I don’t taste it, I’m good. One taste though, and those addiction pathways start churning like the candy machines in Willy Wonka, and all hell breaks loose. I’m sucked up the chocolate pipe like Augustus Gloop. (Though I’ve never actually been a chocolate craver. Vanilla’s more my cup of tea!)

These days, food has transitioned from nutrition to fuel life’s activities and pleasures, to a pleasure and activity in and of itself. The growing hedonistic approach to food even extends to art and popular culture. A review of artistic depictions of the Bible’s “Last Supper,” for example, found that the food in the various art pieces has increased in size by 68% over the last decade. As noted:

Portion sizes of foods have been noticably increasing in recent years, but when did this trend begin? If art imitates life and if food portions have been generally increasing with time, we might expect this trend to be reflected in paintings that depict food…. A CAD–CAM analysis of the relative food-to-head ratio in 52 representative paintings of the Last Supper showed that the relative sizes of the main dish (entree) (r=0.52, P=0.002), bread (r=0.30, P=0.04), and plates (r=0.46, P=0.02) have linearly increased over the past millennium.

Or consider the bath and body industry. Products once exuding essences of inedible flowers, now evoke food-related sights and smells of sugar, spice, and everything nice! Candles smelling of the seaside pale in comparison to neighboring candles’ smells of birthday cake and tiramisu. We use food to deal with stress, feel good, self-medicate, make friends, and express love. Food is entertainment, and addiction. Which is one reason I can fantasy about my Last Supper with wanton glee.

Now for the good stuff. I wrote the above as a self contained post. Then I was watching a DVD covering semi-recent medical journal studies (because, umm, I do that?), and this 2012 Appetite journal article popped up. I kid you not: Death row nutrition. Curious conclusions of last meals.

It’s grim, fascinating stuff, looking at actual last meal requests. And what they mean. And too much to cover here.

Dr. Caroline Leaf: The Science Of Thoughts, The Mind VS. The Brain, The Brain & Body Connection, Overthinking & Rumination, Neuroplasticity, Addressing Trauma For Healing, Self Therapy, And More!