The Science Of Intermittent Fasting

People often think I’m completely crazy and naive for fasting, causing my body irreparable harm. While I may indeed be crazy, intermittent fasting is rather sane.

Here’s a brief overview of what actually happens on a cellular level during a fast.

During fasting, the body shifts from using glucose (sugar from carbohydrates) as a primary fuel source, to fatty acids. This happens by increased lipolysis, the breaking down of stored fat in your white adipose tissue (the physical stuff on your body) into free fatty acids and glycerol in the blood stream. The released fatty acids can then be used for energy, growth, and repair. If they aren’t ultimately used, they are mostly re-esterified (restored) as fat on your body.

Here’s how it goes down.

Note: I’m just relaying the fasting timeline here, not recommending you jump on a 3 day fast. That would qualify as straight-up “fasting,” rather than “intermittent fasting.”

In fact, the body releases almost twice as much fat from storage into the blood stream when fasting than needed for the resting metabolic rate (RMR): the amount of energy required to sustain vital body functions if you did nothing but simply exist. So although people worry about a lack of energy when fasting, fasting actually over-saturates the body with energy via increased fatty acid levels. The majority of the unused fatty acids are re-esterified in white adipose tissue, but this does not account for all of the extra fatty acids released. Studies indicate that muscles and other tissues increase their fat storage capabilities when fasted, so extra fatty acids may be stored there, or used in other biosynthetic and metabolic pathways.

In simpler terms, the body “jumps the gun” when fasting by preparing way too much body fat for energy (pulling it out of its stored state). Not all of the unused freed-up body fat goes back to the fat stores you can “see” again. Instead, fasting encourages other processes and organs in the body to begin using and storing fat. Fat is no longer sitting around as a backup plan, it now is the plan for the body.

This increase in fatty acid release, use, and storage is akin to the commonly heralded “fat burning mode”: the body becomes super efficient at cycling fat – using it at any place, any time. Tissues all throughout the entire body become more efficient at using fat for fuel. Unlike the non-fasted, carb-fed (glucose) state, when fat is tightly locked away for “special occasions,” fasting encourages quick and easy use of fat for energy and other needs. The body no longer hesitates to release fat from storage. You become a “fat burning machine,” including when exercising. 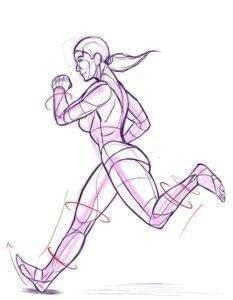 With the increase in free fatty acids comes a corresponding decrease in glucose oxidation. The body’s glucose needs fall by around 44%. Muscle glycogen stores (the glucose stored in muscle) is particularly preserved while fasting, and can even increase by 10%. These “mystery carbs” come from the liver, which can produce glucose through a process called gluconeogenesis.

The change in glucoregulatory hormones when fasting is supported by a fall in insulin levels and increased insulin sensitivity – lowering, stabilizing, and discouraging fluctuations of blood sugar. This not only supports fat burning: it also means you’ll be just fine with less carbs than before. And since it takes about 2 days of resumed “normal” feeding to reverse this positive effect, one meal with carbs probably won’t make your body immediately switch back to preferring sugar and preserving fat for fuel. This partly explains why fasting on a cyclical daily basis (à la intermittent fasting) may let you “get away with” more carbs than you could before.

In addition to up-regulated fat and down-regulated glucose use, the liver also begins producing ketones from fatty acids as a supplemental source of energy. Ketones are a very efficient and clean source of energy for the brain. They’re kind of awesome all around. Ketosis refers to the body’s elevated use of ketones for fuel, rather than sugar when in the state of glycolysis. In comparison to low fat diets, ketogenic diets are marked by increased adherence, greater weight loss from fat, and improved cholesterol levels. Full blown ketogenic diets are used to reduce seizure rates in epileptic patient, reduce tremors in Parkinson’s disease, regain memory in Alzheimer’s patients, help control blood sugar in diabetes, and even fight cancer.

Short-term fasting forces the body into a highly sustainable fat burning mode saturated in energy, irony of “fasting” aside. The entire body becomes excellent at using fat for energy, supplemented by ketones, while glucose needs drop. Blood sugar levels lower and stabilize, and the body becomes quite insulin sensitive. The fasted state is one of ample energy, health, and vitality.