Imagine wearing your own personal medieval torture device on your wrist, perhaps in glistening neon pink, if such fits your fancy! While it invokes the spirit of the fitness-minded Fitbit , or the life-organizing Apple watch, this one is slightly more sinister… and potentially more life changing. It has the power, through the implementation of a precisely delivered shock, to literally change your brain circuity, breaking long-ingrained habit loops to reveal a better version of you. 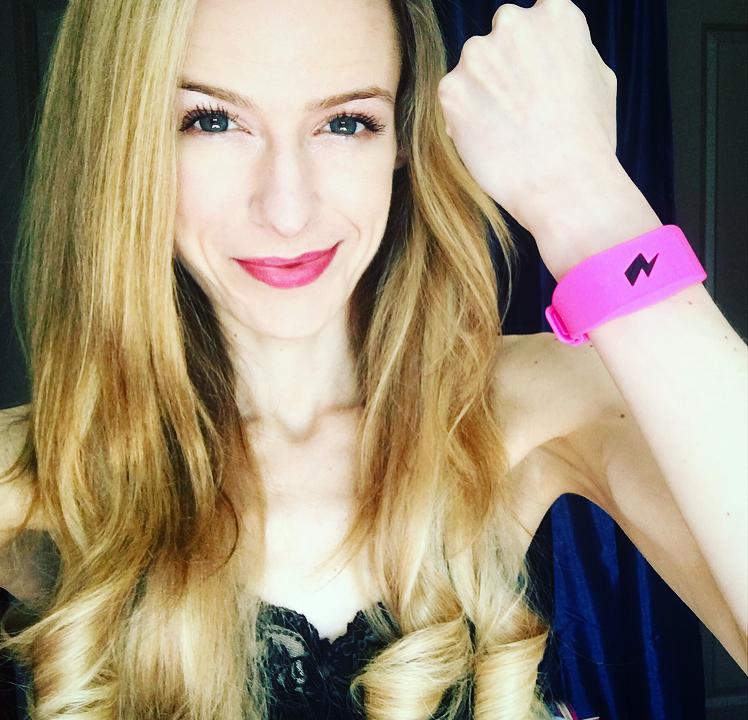 Pavlok is a shock-administering wristband developed by self-hacker Mannish Sethi. The product is named after Ivan Pavlov, the Russian scientist who experimented with classical conditioning with dogs – training them to associate food cues with bells and shocks. Sethi developed the Pavlok device as a personal extension of this shock therapy concept. The device allows you to literally shock yourself when unwanted behaviors rear their ugly head. In Mannish’s own words, “I have a hundred devices that track what I do, but this is the first device that changes what I do.”

Pavlok promises to help you break your bad habits, or your money back. (The 100% money back guarantee is what convinced me to shell out $169.00 for the thing. And by the way, Pavlok is also one of the few items actually cheaper NOT on Amazon. Go direct to their website to purchase.) Pavlok like the concept of slapping yourself with a rubber brand to stop a habit, except much prettier and, well, easier.  Available in black, red, blue, gray, and neon pink, a flexible rubber wrist strap houses a removable, rechargeable shocking device, displaying a proud lightning bolt evoking the spirt of Harry Potter. Yes, you do indeed touch this button, and yes, it does indeed shock you.

HOW TO USE IT?

1) DOWNLOAD THE APP, AND CHOOSE THE HABIT YOU WANT TO BREAK.

2) WEAR YOUR PAVLOK AND LISTEN TO THE 5-MINUTE AUDIO TRAINING SESSIONS. THE APP WILL AUTOMATICALLY TRIGGER THE PAVLOK, YOU SIMPLY NEED TO PAY ATTENTION.

3) USE PAVLOK’S ZAP WHEN YOU DO THE BAD HABIT. PAVLOK CAN BE TRIGGERED BY SENSORS AND APPS, A REMOTE CONTROL, AND MANUALLY. MANUAL IS AS EFFECTIVE AS AUTOMATIC.

4) IT MIGHT SEEM LIKE YOUR HABIT IS BROKEN IN 3-4 DAYS. CONTINUE DOING THE BAD HABIT (WITH ZAP) FOR AT LEAST FIVE DAYS, MAKING YOURSELF DO THE BAD HABIT ON PURPOSE IF NECESSARY. THE LONGER YOU CONTINUE, THE MORE PERMANENTLY THE HABIT STAYS BROKEN

Contrary to how it may seem, the idea behind

Pavlok is not to torture yourself into better habits. It’s not really about punishment at all. It’s much more neurological than that. Pavlok works by breaking the habit loop. Most habits are on a sort of autopilot: a cue-action-reward loop driven by your subconscious basal ganglia. Something triggers your habit, which you then automatically enact without thinking. With Pavlok, you administer a shock whenever you experience a bad habit cue, drawing attending to the habit circuitry, and allowing you to break the habit chain. The slight unpleasantness of the shock not only draws awareness (which can sometimes be enough to break a habit loop by itself), but takes things one step further by associating something unpleasant with the habit. Double whammy!

The instructional training lessons in the Pavlok app feature awareness exercises, meditations, and even aversive training conditioning sessions, in which you basically enact the bad habit while shocking yourself, Clockwork Orange style.

You can also join the official Facebook group upon purchase, with 2,000+ members discussing their experiences, hacks, and successes.

I first tried Pavlok for procrastination, for which it worked shockingly well. (Can we still be friends after that pun?) Basically, I’d sit down at my computer, dedicate myself to a task, and shock myself each time I got the urge to deviate. It didn’t take long before the desire to distract myself with Facebook or other such nefarious endeavors evanesced! Interestingly enough, and as noted by other users, I found the Pavlok concept was so effective, that the actual wristband become almost defunct immediately. It only took a few times of shocking myself while procrastinating, that I began simply thinking about procrastinating, and not doing it… rather than shocking myself. Basically, it makes you super aware of the habits you’re trying to break, so then you just don’t do them.

Pavlok has also made me realize just how stubborn I am to break some habits, and how emotionally-based some of them are. I have no problem, for example, using Pavlok to help me break habits which don’t make me feel good anyway, like negative self talk. But for other habits I truly enjoy, like siping on wine or going crazy munching on fruit (I really do go crazy), I find myself almost sad at the idea of shocking myself during something that feels so good. My neurotransmitters mourn the loss of their pleasure.

I imagine this may be your main question. My answer? Not really. It’s more just unpleasant. From what I remember, it doesn’t really hurt as much as a similar shock device I wore while appearing on a certain gameshow a few summers ago. {Sigh.} The shock is so quick that it’s almost over before its begun. You can also change the intensity via the smartphone app. 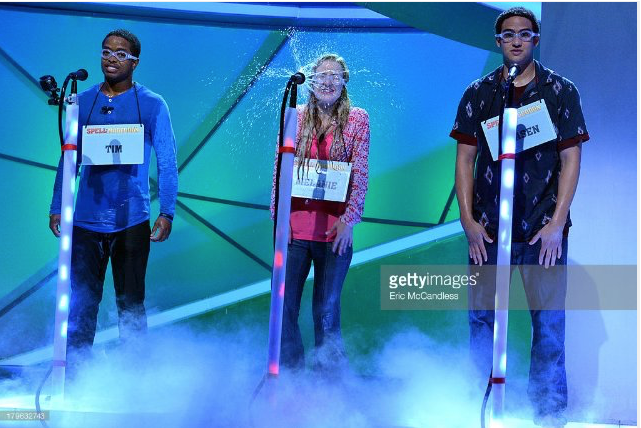 That time I was getting shocked on national TV.

If you’re an obsessive life-hacker like me, you just may learn a thing or too from Pavlok. Plus, it feels kinda cool to walk around with a bright pink, shocking wristband. I shall leave you with one of my favorite literary quotes of all time. As the Misfit says at the end of A Good Man Is Hard To Find, “She would have been a good woman… if it had been somebody there to shoot her every minute of her life.”