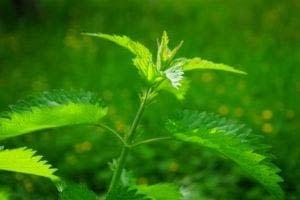 This past weekend while working my evening shift at a certain steakhouse in Beverly Hills, an animal rights activist entered the scene. He proceeded to parade through the restaurant, proclaiming to the steak-munching diners that animals have feelings too. I was actually scared for my safety, the police were called, and a lovely memory was made for all.

Before I say anything, let me make it clear that I’m completely on board with humane environments for animals. I believe in consuming grass-fed animals raised on natural diets in natural environments. I’m very much against current farming conditions and treatment of livestock (not to mention its effect on food quality!) But this post is not about animal politics, but rather my epiphany arising from such. From what I could gather in the 7 minutes or so of crazed shouting, the protestor’s basic thesis was the following:

Animals do not WANT to be eaten.

This really got me thinking, and actually made me realize why we SHOULD eat animals, and not plants. Ironically enough.

WHAT WANTS TO BE EATEN?

Let’s extend the “wanting to be eaten” idea to ALL potential food, see what we come up with, and see how this affects our personal body when we defy these potential wants and DO eat whatever we’re eating. Because anything that doesn’t want to be eaten is probably going to have some sort of defense to prevent that. Just saying.

Animals do not want to be eaten: True
Animals do not want to be eaten. The protestor spoke the truth on that issue. As such, animals in the wild have an awesome defense against being eaten: they’re blessed with an awareness of potential predators, mobile legs, and can, in theory, run away. This ability to evade danger via physical means, is their (and our) saving grace. Why ours? Because an animal’s defense mechanism basically ends at the “running away” part. When we consume meat, which features all necessary life sustaining nutrients, we don’t have to #deal with the not wanting to be eaten issue. The animal simply failed at running away: there are no dangerous defense mechanisms beyond that. If you don’t get where I’m going with this, keep reading!

Vegetables and Grains do not want to be eaten: True

Here comes the caveat. Vegetable and grains don’t want to be eaten either! I’m serious. Since plants cannot LITERALLY run away like animals, they build up a slew of defense mechanisms (“antinutrients”) which render agony on the potential eaters. Smart little devils! For example:

Want to be freaked out a little bit more?

When sensing danger, plants can even tell their fellow plant friends, and make themselves more toxic to invaders! I couldn’t make this up if I tried! For example, mere minutes after being beaten by sticks, acacia trees increase their levels of tannins – compounds which make them bitter. The tannin levels will then increase in the surrounding trees as well. And tearing up popular tree leaves leads to an increase in phenols (which ward off butterfly larvae) in surrounding trees! As for tobacco plants, they can “tell” each other of virus attacks by communally producing protective salicylic acid. So yes, plants look out for each other! So cute. Yet so creepy. There goes the mother nature “wanting to be eaten” theory.

Fruits do not want to be eaten: False
So does anything actually want to be eaten? Well… yes. Oh hey fruits! In order to reproduce, some plants create these super awesome tempting sugary things which you just want to eat so bad. So you eat the fruit, Adam & Eve style, and also eat the seeds inside. When you show the seeds the proverbial door down under {cough} defecate {cough}, you spread the seeds, furthering the lineage of the original plant. This is why fruits are just so pretty and colorful and sweet and alluring. It’s on purpose.

Basically, the whole “wanting to be eaten” thing says nothing about whether or not eating something will be good or bad for you. In my boat, this is pretty important. Animals, in their natural, untreated, antibiotic-free, grass-fed, humane environment, are great for consumption! Granted they didn’t want to be eaten per se, but they sure do make you healthy, and continue the circle of life! If, however, you’d rather eat something that doesn’t want to be eaten while also potentially experiencing digestive problems and ill health, go for the plants! Especially ones that are super resilient, like grains! And as for fruits… well…. those you can eat with a clean conscience! Unless you want to have a conversation about sugar, but that’s for another day.