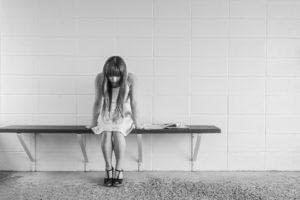 You’d think the hardest thing about Intermittent Fasting would be the whole “not eating” thing. But actually, the “not eating” thing is kinda a breeze. Due to the metabolic adjustments of intermittent fasting and use of (essentially) never-ending fat as fuel, you actually have NO hunger when fasting. Energy levels soar, you lose weight, all while eating all you want in your time window. Not. Even. Kidding.

So what is the hardest part of IF?

Dealing with people’s reactions to it.

I cannot tell you how many times I’ve been accused of being unhealthy, obsessive, and/or harboring an eating disorder. In fact, a primary reason I wrote The What When Wine Diet was to outline the science of intermittent fasting, for those moments faced with such insinuations (if not outright accusations).

Friend: How long have you been doing intermittent fasting?
Me: 5 years.
Friend: Why do you do it?
Me: It gives me great energy levels, boosts my mood, keeps me thin, and lets me eat all I want.
Friend: Are you sure you don’t, ya know, have an eating disorder or something?
Me: {sigh}

So while searching for recent medical journal literature on IF, I was excited to find one looking specifically at IF and disordered eating. Oh hey!

Titled “Safety of alternate day fasting and effect on disordered eating behaviors”, the study looked at psychological effects of Alternate Day Fasting in obese subjects. Alternate Day Fasting is an IF protocol in which ad-libidum feeding days are alternated with restricted fasting days. The study notes that ADF is often “criticized for potentially increasing disordered eating behaviors and negatively impacting body image perception.” In the study, 59 participants alternated days in which they ate all they wanted, with days in which they ate only 25% of their calories, in a fasted pattern.

For the physical results of the trial, body weight decreased by around 4.2%. Of course, what the study was really looking at, was the mental effects of the fasting pattern. It found:

In other words, obese subjects on fasting protocols found it easier to use intermittent fasting for weight loss, while potentially experiencing positive mental changes. They saw success, thought better of their bodies, and were less likely to slip into binge eating habits.

As the study summarizes:

“[Alternate Day Fasting] appears to be a safe and effective way to lose weight, and produces little or no gastrointestinal, sleep, or energy level disturbances. We also show here that this diet does not increase eating disorder symptoms, and has benign or beneficial effects on body image perception. These preliminary findings are an encouraging first step in this field, but obviously warrant confirmation in a larger-scale, longer-term clinical trial.”

For me personally, intermittent fasting definitely yields beneficial mindset changes. IF is just so easy, makes you feel so good, and makes weight loss so effortless, that it frees you from the negative ramifications of normal “dieting.” It makes you less disordered in your eating habits, as you see positive benefits. Unlike unhealthy eating patterns which encourage bingeing and purging, with little success, IF allows you to actually see results. You feel very safe in your pattern. You learn to trust your body, rather than fight it.

Of course any one can struggle with disordered eating, and I’m sure there are some who might experience problems with intermittent fasting. But for me, the only thing “disordered” about intermittent fasting, is the fact that it doesn’t mirror the typical “order” of our current (eat-24/7) society.

P.S: I have officially begun writing my next book, which will be ALL ABOUT Intermittent Fasting! Let me know if you have any intermittent fasting topics you’d like specifically addressed! Stay tuned!

Dr. Caroline Leaf: The Science Of Thoughts, The Mind VS. The Brain, The Brain & Body Connection, Overthinking & Rumination, Neuroplasticity, Addressing Trauma For Healing, Self Therapy, And More!