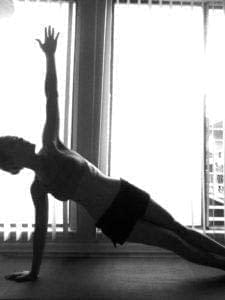 There is a marked difference between how men and and women store and use fat, which *coincidentally* explains the very obvious differences between the “male” and “female” body shape.

It all goes back to one simple concept: babies.

Ya see…females have to maintain a substantial amount of nutritional energy stores just in case they need to, oh I don’t know, support another living being inside their body for 9 months? Yep. The female body actually favors a higher body fat percentages than males in order to protect the future kids. (Which your body just assumes you’re gonna do at some point. Good luck convincing it otherwise.) This does tell you one cool thing about fat though: it sustains life! Fat for the win! Try “growing” an infant on processed sugar and see how that goes. But I digress.

If you’re curious about the specific sex differences in regards to adipose tissue, read on!

• For starters, the obvious one is that women tend to have a higher body fat percentage than men. It relates to the whole pregnancy issue discussed above. Fat = baby food.

• Women easily gain lower body but “struggle” to burn it, because a woman’s thigh fat is especially saved for pregnancy to nurture the baby. (So if you want to lose thigh fat- just get pregnant! I jest. I jest.)

• Obesity kinda levels the playing field in that obese men and women do not feature as many “regional differences” in fat storage. It would seem that when fat begins being stored unhealthily in excess, it gains license to go everywhere.

• After eating, women are more likely to store fat in subcutaneous tissue, while men are more likely to store it in visceral tissue. Subcutaneous fat is the fat beneath your skin: it’s the stuff you can actually pinch. Visceral fat is the fat deep in your body around your organs, and is more hazardous to your health. This means fat storage after a meal is “healthier,” in a way, for women than men.

• Both men and women are more likely to burn ab fat than thigh fat.

• When fasting, women experience higher rates of lipolysis than men, meaning they “free up” more stored fat for fuel. However, women also store more fat after eating, so it’s kind of a moot point.

• Women burn more energy from fat while exercising than men, who use more glucose.

• Women store more fat in their muscles (which is good for sparing glucose in fat-fueled exercise).

• During exercise, sympathetic activity (epinephrine and norepinephrine) is higher in women than in men. So women are more “alert,” as it were, during exercise.

AND THE WINNER IS…?

This isn’t really a fair battle. Or shouldn’t even be one. On the one hand, women are “fatter” than men. But that fat has a very specific purpose involving the continuation of the species. Women also tend to store excess fat in a “healthy” manner – subcutaneously and around the thighs. Men, on the other hand, tend to store excess fat unhealthily as visceral fat around the abdomen. Women also use fat more easily in times of “stress” (i.e.: exercise and fasting).

I guess the takeaway is that “fat” is highly context specific, and a bit of “excess” may actually be signatory of health. (The “pear” shape tends to be healthy, while the “apple” shape…not so much). At the very least, if you’re a girl, accept the fact that your thigh fat has a very noble purpose!