My Mucocele Experience (Or How Smiling Creates Happiness) 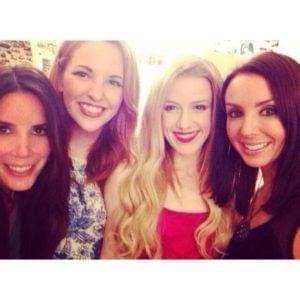 The bubblelicious dental days are over.

I began questioning the sinister stigma of “the dentist” circa the age of 5. Viewed through uco

y elementary eyes, a trip to the dentist seemed… well … quite pleasant. The reception room featured Disney movies and Highlights magazines, while the actual visit (typically a benign “cleaning”) involved comforting baby words and hand holding, delicious tasting mouth stuff available in watermelon, strawberry, bubblegum, and mint (did anyone ever choose mint?), plus some good ol’ Nitrous Oxide AKA: Laughing Gas. While it never made me laugh (suspicious), the gas’ numbing, pleasure-instilling effects (via mechanisms still not entirely known) likely helped matters more than I realized. Indeed, when I think of my childhood dental days, I remember a kind woman poking around in my mouth, while I dreamily stared at the sticky frog-covered ceiling. It was a foreshadowing ode to the “prize chest” containing such amphibians, presented to the survivors of the terrible visit, in which the worst moment was a chiding of one’s lackluster flossing routine.

Those were the days.

Things got real this past week in the dental department, however, when I awoke to a HUGE bump in my mouth. Its commanding presence would make any attention-seeker green with envy. As I tend to just fall apart when my face has problems (silly acting career), this was terrible. Give me headaches or pains or blood and I’m fine, but mess with my face and you’ve got one unhappy girl. 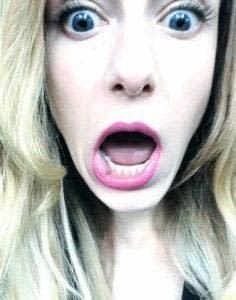 And not only was the mystery bump aesthetically cringeworthy, it also seriously down-regulated my mood by eradicating my treasured smile. Studies show that smiling, even insincerely, releases dopamine and serotonin in the brain. In one study, participants held chopsticks in their mouth which forced a smile. While they had no idea this was the reason for the chopsticks, the mechanical smile still boosted their mood, and helped mediate the negative effects of stress. That’s right, you don’t even have to be “happy” per se to benefit from a smile. Oh, and laughing boosts mood even more than smiling, and also has pain relieving effects. Nifty.

Yep, for the sake of my well-being, I needed this thing, whatever it was, gone fast.

The oral surgeon diagnosed my problem as a “mucocele,” or blocked salivary gland. Sadly, you can’t just pop the little guy and let it heal. Nope. You’ve got to remove the entire gland. Fun times.

I found myself sitting in a cold chair, awaiting my fate. The room was starkly white, lacking any reassuring frog-covered ceiling and Pocahontas-playing TV. I had a growing suspicion laughing gas was not in the immediate future. Would it be childish to ask for it? Probably. I decided to keep my proverbial and literal mouth shut. I was a big girl now! Things got momentarily better when the nurse asked what Pandora station to play. While my heart screamed Taylor Swift, I didn’t want to do anything which might potentially annoy the man who would be cutting up my face. Best stick with The Killers on this one.

The surgeon presented the local anesthesia syringe with a trite “let’s numb you up.” I waited for the second part, the “now this is going to sting at first but then it will all be numb” part… but such reassurance never came. He simply started piercing my mouth, instigating waves of piercing albeit momentary pain. A lone tear escaped from my eye, and crawled silently down my face. Embarrassing. I wanted to proclaim, “I’m fine! That’s just an automatic response!”, but of course my mouth was pre-occupied.

Finally, I was all numbed up and good to go… and really hankering for that laughing gas. Oh well. As the surgeon began the procedure, “Pumped Up Kicks” by Foster The People started playing on my Killers station. Now, were you to come up to me on the street and inquire about my least favorite songs, this song would be one of them: it’s much too violent for my sensibilities. However, I suppose it was a fitting metaphor for the procedure, and perhaps it was best not to associate one of my treasured Killers songs with the process anyways. Though the extraction itself only lasted around 10-15 minutes, hearing the scissors clip away at my mouth was remarkably disconcerting. My attempts to disassociate myself were in vain: I was quite convinced he would somehow cut beyond the scope of the anesthesia, or it would wear off all of a sudden. I resolved to research local anesthesia ASAP when I got home.

Local anesthesia works by disrupting the electrical ion current transmitting pain messages from nerve cells to your brain. So basically, when the surgeon was cutting up my gum, the gum was sending OW THIS HURTS signals to the brain, but they never got there. Thank goodness for that.

After the surgeon had done his bloody work, he asked me if I wanted to see the mucocele. I opened my eyes to a HUGE glistening crystal gum ball. My mouth would have dropped, were it not already open. The visible bump previously in my mouth was a mere iceberg compared to this monster, with a 1 inch or so diameter. “Wow that’s so interesting!” I said, as best I could through the anesthesia and blood and gauze. He then stitched me up, (a process incredibly creepy to ponder while it was being performed) and prescribed me Percocet.

The next few days were a bit of an opiod blur. At one point, I decided to go buy some paper towels, and was gone three hours. I walked in the grocery store, thought to myself, “Wow, I really enjoy being here!”, and then proceeded to walk up and down every aisle in search of “things I hadn’t seen before.” (Such was my interior monologue). I have since decided I could never be addicted to painkillers, thank goodness. Give me pain, excitement, ambition, and feeling over a miserably pleasant fog any day. I also don’t like how they completely shift one’s hemostasis. For example, I started supplementing with an eagerly anticipated bottle of Lauricidin during this process, but it’s hard to gauge effects when your baseline is completely disrupted. Once the fog completely clears and I’m completely back to normal, self-experiementation will be so much easier! (Although perhaps I shall post on pain medication’s mechanisms of action in the future, as well as their effects on digestion, thanks to serotonin up-regulation in the gut. {Sigh})

Lastly, as I could barely chew post-surgery, I cut out all fruits and vegetables, resigning myself to whey protein powder. Bad decision. My skin became real yucky real quick, likely thanks to the additives and processed-ness. I cut it out after two days, and my skin returned to normal. Seriously – your skin is a sign of the food you eat! Lesson learned. Next time I’ll just blend up some steak or something. Not even kidding.